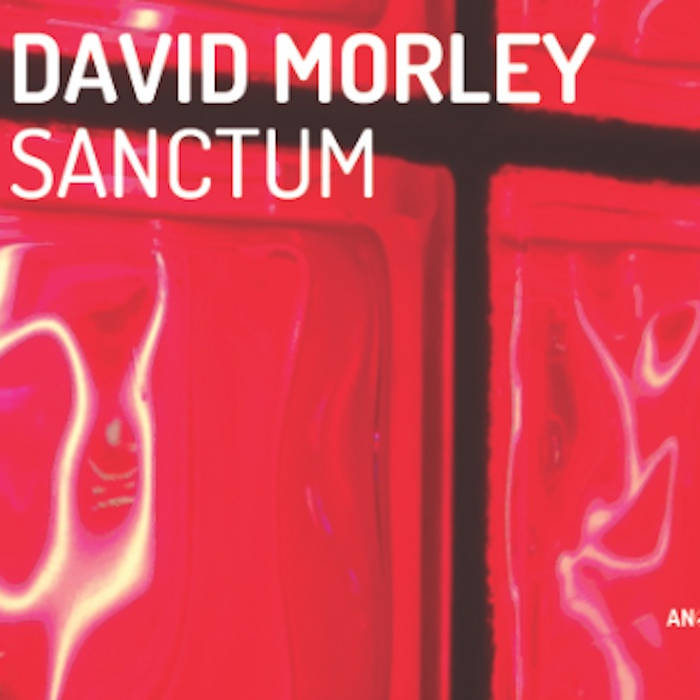 Si Matthews Great album from start to finish. Hopefully David won't leave it so long in between albums next time. Empire's End is such an emotive piece, truly stunning. Favorite track: Empire's End.

Stunning new work by UK electronica composer David Morley, whose "Tilted" album (first released in the 90s on the esteemed R&S label) remains an unsung gem from that innovative era. Progressive in approach and aesthetic, his debut for Anodize is a real corker, heralding a welcome return to form and function.

“That English guy working at R&S” was often heard. He used to run their studio. There from the start. Responsible for just a handful of tracks, a couple of classics, known by some journalists and DJs but a stranger to the mainstream. And hasn’t he got something to do with Andrea Parker?

David Morley has never had a high profile. Instead his image is that of a shadow-figure, occasionally surfacing with a record or remix (including these with Andrea : depeche mode, steve reich, ryuchi sakamoto, the orb, gavin bryers, mira calix and many others) before vanishing once again.

Ever since Renaat from the once great R&S records walked into a record shop in Gent in 1987 and heard a track he’d made. “Did you program it?” he asked. “Yes” was the response “I need someone who knows about synthesisers and stuff. I’d like you to come and help me out.” Morley went along for the ride. And found himself in Renaat and Sabine’s tiny appartment wiring up a studio and making music with Renaat. “And things just carried on from there.” smiles David. “we were making new beat tracks and each one sold a certain amount. It was kind of an easy place to start.”

Born in England his parents moved the family to Belgium and it was here that Morley’s musical career began when he got a job in a studio after having studied guitar. He cut some tracks, got ripped off but learned enough about the equipment to make the record that led him to Renaat. And those early days at R&S were something else with everyone squeezed into a tiny space, a teenage Cisco Ferreira (now half of The Advent) and CJ Bolland also working alongside David and Renaat on the foundations of R&S.

“It was fun in that period. The office and studio were in the same room. I’d be doing a track and Renaat would be on the phone talking to someone and he’d walk over and do something on the machines, CJ and Cisco were around, it was a laugh.”

He listened with Renaat to a cassette of music from an unknown artist and was along with Renaat blown away. Renaat signed the Aphex Twin a short time later on the strength of that cassette.

What a nice time to be in that scene!

It was also a learning experience : with the money they made from the new beat recordings Renaat was flying in Detroit producers like Derrick May, Stacey Pullen and Darryl Wynn. And this was when Detroit was still an unknown quantity, not the chic cult of today, but a new set of sounds, ideas and heads coming into the Ghent studio. Other artists were turning up to work : Joey Beltram and Mundo Muzique, between them defining and redefining techno almost on a weekly basis.

One track Morley cut with Renaat. Spectrum’s ‘Brasil’ was an early techno classic, something that could have set David up with a career to parallel anyone’s.

“It’s was a buzz. We’d be in the studio, maybe knock off for an hour and go to the Boccaccio (the legendary Ghent club – imagine a fusion of Cream, Shoom and Hardcore) and I would hear that track played six or seven times. It was such a cool feeling. And then I went on holiday but I came back I was really ill and became diabetic. So I couldn’t drive for 3 months, my eyes were fucked up and i was hard to deal with daily life. I couldn’t stay up till 5am, sleep 2 hours and get back in the studio. You can’t do drugs. And it’s fun to be out of it and have a riot. I’m not saying we ever did it drastically but if you’re completely healthy you can do what you want. If you’re not…”

He quit the technocentre for some rest & relaxation, building his own studio, hunting for old analog synthesisers and eventually making music again, ar first contributing to R&S’s underground TZ series then recording ‘Evolution’, the first release on R&S ambient off-shoot Apollo. “Renaat really liked it but said he couldn’t put it out on the label so he created a special ambient sub-label for that track. Just to see what happened.”

‘Evolution’ was received as a classic, one of ambient techno’s defining moments and proof as music critics suddenly realised that techno or 90s electronic might be part of a long and highly respected bloodline. Subsequent Apollo releases bore this out when Ken Ishii joined the label similarily producing a free, abstract, hallucinatory and intense new techno.

Morley sort of agrees : ‘I don’t quite know where it comes from but I like old school electronic music Klaus Schulze, Kraftwerk and Tangerine Dream as well as modern stuff. It’s not always something specific but what got me into this music was the idea of sounds which nobody had ever heard before. Although I can’t really think of specific artists that I like. I’m really very normal in my musical taste it goes from A to Z really. I like the Sundays, a bit of Black Sabbath. It would be absurd to say I hate everything except electronic music.”

And he also had something to do with Andrea Parker. Quite a lot in fact. Ever since Renaat spotted her DJing in London with a copy of ‘Evolution’ and invited her to record with David. “She’s a bit of a loony.” he grins, “there can’t be many girls who’d bop on a plane out of the blue to work with someone they’ve never met and not even spoken to. “Fortunately they got on well. A shared love of analog synthesis unique sounds and subtly hedonistic (tangential to club culture but not divorced from it) tracks serviced when they started to work together on projects like Two Sandwiches Short of A Lunchbox (used in the Tom Cruise film “Vanilla Sky” to great effect) or the Infonet released Angular EP (used many times in various TV programs and documentaries). And it was their combined work, the breathless ambience, fresh atmospherics and starkly inventive drum sounds and rhythm programs that led to Parker’s major label deal with Mo’Wax A&M.