Wake Me Up When It's Gone 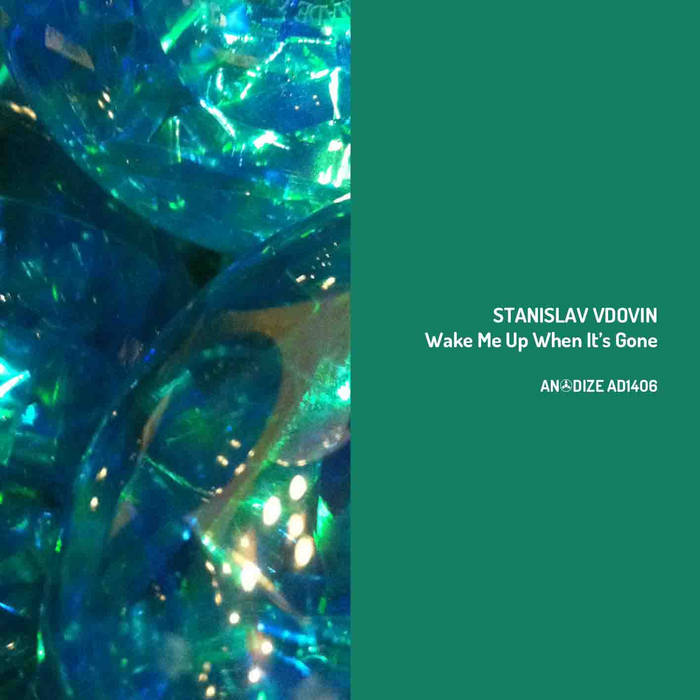 "Wake Me Up When It's Gone" is the Anodize debut by Stanislav Vdovin, herein navigating his way throughout a web of shifting rhythms, underwater tech-dub, nocturnal-infused ecosystems, and strange, soft edges, amidst sundry other effects & nuances. The eight tracks combined make for an arresting experience across a vibrant, yet intimate, time-nature continuum.

Stanislav Vdovin is a musician and sound designer residing in Nizhny Novgorod, Russia. His music can be described as an organic symbiosis of digital synthesis and processing, sounds of acoustic and analog instruments, and of course, the heart and the mind. During the years of creative activity the focus of the musician has gradually shifted from club beat through vinyl microsampling to melodic compositions with rich in the nuances sound decisions. His works have been released on such labels as Anodize, Infraction, Thinner, Night Drive Music, and many others.

Being under the influence of techno music since childhood, Vdovin (b. 1985) created the project Unit 21 at the age of 18. Despite his proficiency in classical and jazz piano, Stanislav oriented project on atmospheric techno. Its distinctive feature subsequently became the microsampling of Soviet vinyl records (the album "November", 2007). During his studies at university, Vdovin worked as a sound engineer, text corrector and copywriter, and eventually obtained a degree in economics and management.

In January 2010, Vdovin combined all his skills to found & release music through his own imprint, Occasion, aimed at the production of modern electronic music. Occasion publishes Vdovin's solo music as well as collaborations with Olga Shaydullina, Alexander Ananyev (Sleepy Town Manufacture), Ivan Lukyanov (Lou), and others. The merging of U21 with Sleepy Town Manufacture yielded the CD "No Traces", a document effectively merging slowly congealing ambient with near-IDMesque textures and abrasions.

Functional dance music was not completely forgotten. In 2012, Vdovin started using the alias Worn Hood for relaxed house music with an emphasis on keyboard improvisation, and the alias Initial Run for atmospheric techno. This music is published on the label Synthetic Heart, also owned by Vdovin. For Anodize, the restless artist has blended many of his past influences to obtain a true hybrid of form and function.