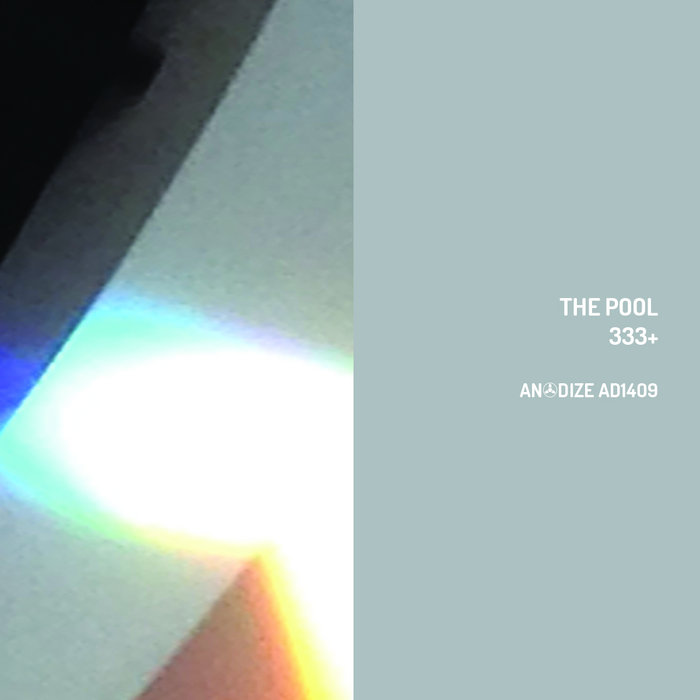 Pardon the pun, but it’s no understatement to say that 333, Patrick Keel’s 1984 full-length debut as The Pool, made quite a splash back in its day. A fixture on the then-burgeoning Austin underground scene, Keel’s early cassettes swiftly gained notoriety not only in his hometown but well beyond, reaching both the UK and the East Coast, and successively into the hands of New York City music journalists, DJs, and discerning listeners. Word on those early tapes, and the eponymous vinyl LP, began to spread, garnering favorable, often glowing, reviews in periodicals such as New Musical Express, New York Rocker, CMJ, and The Village Voice, where no less famous a critic than Robert Christgau compared The Pool to both Wire’s Gilbert & Lewis’s solo outings and Durutti Column’s Vini Reilly. Tracks such as the whirlpool synth-strut of “Dance It Down” were routinely slotted in DJ playlists, with the likes of Afrika Bambaataa playing it out regularly at such legendary NYC clubs as Dancetaria.

The eventual issue of 333 solidified Keel’s standing as a ‘one-man synth army’, although that sobriquet is ungainly as well as inaccurate. A multi-instrumentalist in full embrace of the DIY ethos, Keel was as adept a guitarist and percussionist as he was a drum programmer and electronics technician. But the music of The Pool was the farthest thing from yet another cool, academic exercise in European ‘coldwave’; much like his colleagues of the time (Bill Nelson, Thomas Dolby, Trees), Keel's multi-faceted talent for composition, facility with tools both acoustic and electronic, and savvy dubbing/producing skills yielded pieces of genuine warmth and striking originality. Though only a curmudgeon would impugn his songwriting abilities (”Where Did We Go Wrong” sparkles, fluoresces and pops for all the right reasons, a quintessential 8Os track deserved of iconic status), Keel’s expertise is truly understood once the sympathetic ear becomes immersed in his vivid instrumentals. From the analog chrome dynamics of “Pool 62” to the gauzy, twilight, Manuel Gottsching-like synthetics of “Heavenly Voices”, Keel’s texturology effortlessly bridges the dramatic and the sublime, the cerebral and the physical; his minimalist version of Mancini’s classic chestnut “Peter Gunn” strips down the well-worn theme and reinvents it as a piece of wry, chugging, electro-funk.

Being an enthusiast of little-known recordings within the category generally labeled ‘synth-pop’, and an avid collector/lover of synth music in general, my discovering those early Pool LPs in a Phoenix record store in the mid-80s proved to be something of a small revelation. Glimpsed in the rearview mirror of electronic music history, Keel’s music reflects its era without aging nary a day; experiencing 1980s methodologies in 2014 renders these recordings more prescient than ever. Now, The Pool’s collected LP works, issued on CD for the first time, can be retroactively cherished sans the mutable genre trappings of its time and place. Jump in, everyone—the water’s just fine.

The Pool's one-man synth prowess can be viewed in all its glory here:

All tracks digitally remastered and prepared for CD by Gregory Kyryluk

Continued thanks to Pete Salinas for the future and special thanks to Michael Keel for his assistance in realizing this project.