by Autumn of Communion 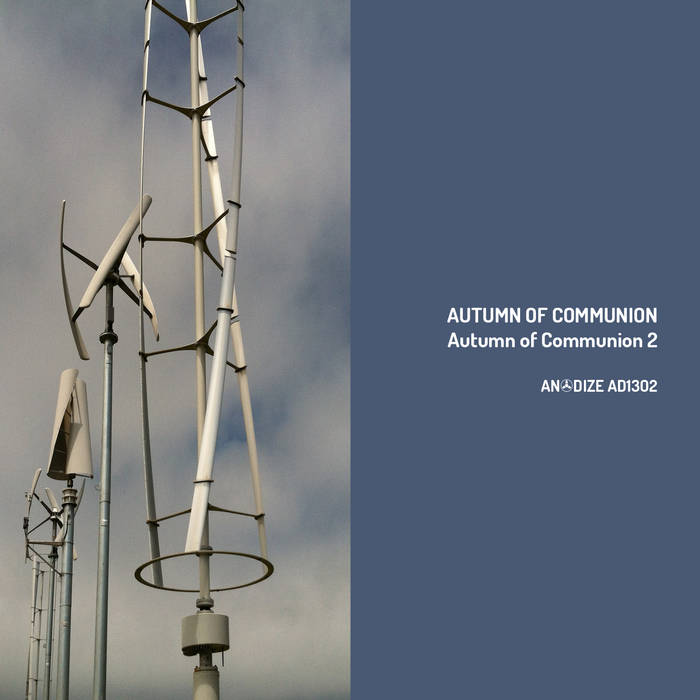 Si Matthews My favourite of the AOC releases, a classic of the genre.

Tom Fu This is a real gem of an album but the stand out track has to be "so powerful in the mass" a classic ambient track of grand epic proportions - love it!

Christopher Nolan Lee Norris and Mick Chillage have created something beautiful here! Dare I say it's even better than the first release! As with their first release something seems to click when Lee Norris and Mick Chillage work together. They have taken the ambient/IDM sound that got me hooked to this music in the early/mid 90's and have created something truly timeless. From start to finish these beautiful compositions demand my attention and transport me to a place of tranquility!

For further information, and to purchase the music of Autumn of Communion and current related projects, look here:

A sequel to the final release on the late Pete Namlook's legendary Fax label, this finds erstwhile UK collaborators Lee Norris (Metamatics, Norken, Nacht Plank, etc.) & Michael Gainford (Mick Chillage) on an exploration into the space between your ears, where silence and motion assume grand proportions, rhythms arise, pulse, then dissipate, and tranquility is found at the murky intersections of shadow and substance.

More of a headrush than its predecessor, an aural snapshot recalling the pioneering early 90s heyday of ambient dub and IDM hybrids, "Autumn of Communion 2" does both its creators and Namlook's legacy proud.

The Autumn of Communion project was yielded from the combined interests and sensibilities of its core members. Though now based in Italy, Lee Norris has been a longtime fixture on the UK electronica/IDM nexus, having traded variously as Metamatics, Norken, Nacht Plank, Ashtoreth's Gate and many others. Under those guises, and across labels such as Hydrogen Dukebox, Clear and his own (late) Neo Ouija, Norris has realized some of his generation's finest recordings, the Metamatics and Norken releases being particularly innovative examples of a distinctive embracing of warm IDM and proto-rhythmic tropes. Norris shows no signs of slowing down, with upcoming releases highlighting a journeyman's variety of styles, all of which he fairly eclipses, thank you very much.

Michael Gainford, aka Mick Chillage, has been steadily building his own catalog of impressive proportions, crisscrossing with ease over the boundaries of ambient & post-dance tried-and-truisms, stamping such genres with a vitality and sense of imagination wholly his own. Whether releasing on Pete Namlook's Fax label, Norris's ...txt, or Psychonavigation, Chillage reveals a knack for twisting categorical vocabularies to suit his own ends; the better elements that arose during the now bygone era of late 20th century British electronica are reacquired and subsequently mutated thanks to Chillage's grit and gear.

As Pete Namlook described on the duo's Fax release page, "Autumn Of Communion was born almost as quickly as the seasons themselves change. In summer of 2012 Lee and Mick discussed a collaboration which could possibly convey everything they love about electronic music, movies, the mysteries of nature/life and beyond by combining each of their own musical idiosyncrasies. A common ground quickly resulted in a synergistic kaleidoscope of deeply atmospheric drones, lush synthwork and emotive melody with environmental touches and intricate rhythmic details which reflect a hint of classic 90s ambient/electronica." Autumn of Communion 2 takes such proceeds forward, working through numerous mindstates while marching to the beat of its own psychedelic drummer.