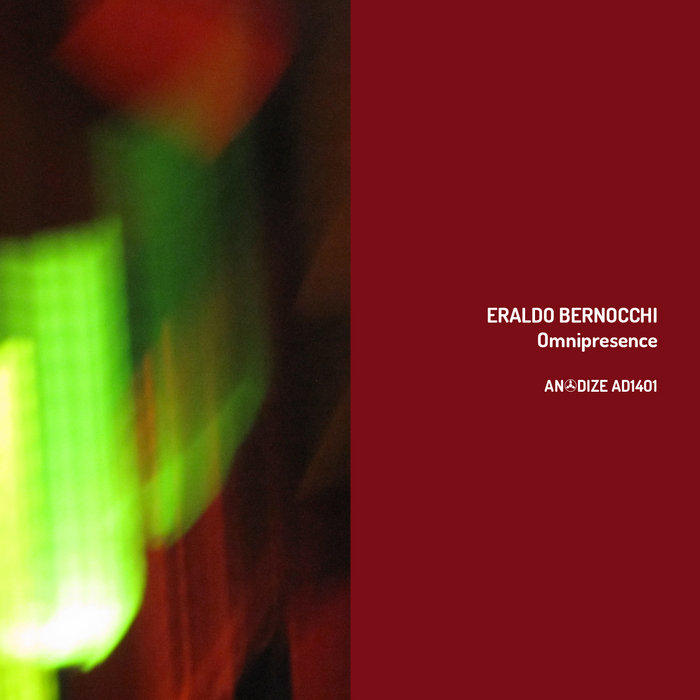 On April 10, 2010, Italian master soundsc(r)aper & multi-instrumentalist Eraldo Bernocchi was invited to perform at One Thousand Pulses, the esteemed concert series curated by Darren Bergstein in Northeast New Jersey, USA. Accompanied by a series of arresting visuals designed by his partner & wife Petulia Mattioli, Bernocchi initialized a two-hour set of Intensely layered, polymorphously perverse ambient music, the essence of which has been distilled into one wholly immersive, forty-five minute tableaux of oily textures & pulsing irregularities.

Eraldo Bernocchi is an Italian composer, arranger, producer and guitarist with a solid reputation as an all round sonic sculptor. Starting his career in the late 70′s as a guitarist in independent punk bands, in the mid ’80′s Bernocchi co-founded the conceptual audio project Sigillum-S (with Paolo Bandera and Luca di Giorgio), which grew into a highly acclaimed international cult act that spawned a legion of like-minded, post-'industrial' imitators & experimentalists.

In addition to regular work scoring music for adverts and other multimedia projects, Bernocchi has composed film music for Academy Award winner Gabriele Salvatores and produced numerous art installations with Petulia Mattioli, as well as artists including Russell Mills and Harold Budd.

In 2008, together with music enthusiast Giacomo Bruzzo, Eraldo founded RareNoise Records, a new London based label, which aims to showcase a wide range of cutting edge music. The label has since become an important conduit championing several forward thinking and original musicians, many of whom operate across a wide spectrum of genres & styles.

Whether in the studio, or as evidenced here in the intimate setting of the OTP performance space, Bernocchi traverses genre & category with a deftness of touch & surety of ease, straddling the disparate courses of ambient, post-techno music, and other such abstract audio in a manner as surreal as it is real.